Our team consists of a group of educated, committed personnel specializing in specific fields of law. As a result every customer can count on comprehensive legal services and receive professional guidance.


We are a multinational group which allows us to have a global perspective on the issues presented to us and thus the ability to execute orders of a complex nature.

In addition to a permanent team that works in our law office on a daily basis we also have a group of partners cooperating with us not only in Poland and Spain but other countries. 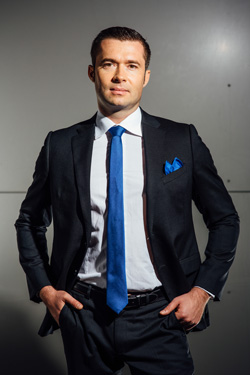 
In 2008, at the Faculty of Law of the University of Valladolid, he completed post-graduate studies in Spanish law obtaining the title Master Universitario en Derecho Español (LL.M.).

He has been a member of the Barcelona Bar Council since 2007 and has subsequently represented clients before Spanish courts on many different occasions.
Bartłomiej is one of the first Poles to appear before Spanish courts in defense of the interests of Clients from Poland, Spain and other countries.

In 2010 he graduated from the Law School of Law in Legal School run by the District Bar Council in Barcelona. In 2011 in the same institution he obtained specializations in criminal procedures relating to domestic violence as well as in labor and social security law.

He specializes in civil, commercial and criminal law.

As a lawyer he represents companies, public institutions and individual clients.

He provides legal services in Polish, Spanish and English.